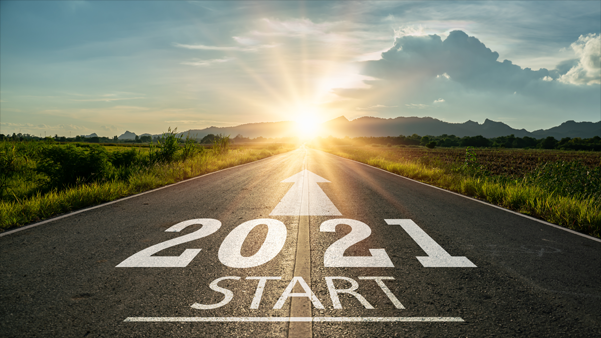 November 2020 seems like it was longer ago than just two months. Since then, the roll out of multiple COVID-19 vaccines brings hope that 2021 will see a return to some form of socioeconomic normalcy. And despite chaos and extreme civil unrest, Congress concluded the official count of the Electoral College votes and declared that Joe Biden and Kamala Harris will be the next president and vice president, respectively.

Georgia election runoff races
In the end, it comes back to Georgia as a key factor in the federal government political landscape. In a previous communication, we discussed Georgia requires a 50% or greater vote majority in congressional races in order to claim victory. In November, two Georgia races ended inconclusively, leading to two January 2021 runoff races:

The outcome of these two races determines which party controls Senate. The Republicans currently hold 50 seats and the Democrats 48. If each party ends up with 50 seats, Kamala Harris, as the vice president, will have the tie-breaking vote. This will effectively give control of the Senate to the Democrats.
The current situation
These two races were the focus of intense campaigning, and spending, by both parties, and looked to be very close. Although results are not official yet, major newswires have called both races in favor of the Democrats. Georgia Secretary of State Brad Raffensperger has until January 22, 2021 to certify the results, although he can do so any time before then. Candidates also have the ability to request a recount within two days of the certification, if the margin is 0.5% or less. At this point, with 98% of the votes counted, the margin is greater than that in both races, and a recount appears unlikely.
What lies ahead?
If both Georgia races do, as projected, go to the Democrats, then both the executive and legislative branches of government will be controlled by the Democrats. As a result, there is greater potential for Biden to enact his proposed policies and regulatory changes. At the top of the agenda is the likelihood of more stimulus, including increased stimulus checks for individuals, and greater state aid. We believe both of these will be viewed favorably by the markets. Countering these stimulative effects, however, could be a sharp increase in regulation across many industries, including energy, social media, and financial services.
Possible tax changes
Biden has also proposed important changes applicable to individual taxpayers, which largely affect high-income earners.

President-elect Biden is likely to push for these proposed modifications, and we anticipate some changes to taxes will be enacted. However, the extent and the timing are unclear, as other issues, such as stimulus aid and vaccination ramp-up, will probably be the immediate priorities. Another consideration is that the majority margins in the Senate and the House are slim. There are members of both parties that do not always vote along party lines, which could make more “radical” changes difficult to implement. However, individuals should review their tax, estate, and gifting strategies with KF Advisors and tax experts to be prepared should any changes take place.
Market outlook
Also on President-elect Biden’s proposed tax plan is an increase in corporate taxes, which would negatively affect growth and earnings. Given the current economic environment, we believe this item will take a back seat or be reduced in degree. The next few months are likely to be challenging due to the continued increase in COVID-19 cases, but we look to the end of 2021 for a more normalized growth environment, which could favor the consumer, manufacturing, and infrastructure sectors. We favor growth industries and sectors that will benefit from both the current and future environments, such as tech and healthcare. Finally, Biden’s stance on environmental policy could benefit companies that focus on sustainable manufacturing and production, clean energy, conservation, and other related issues.
Long-term focus
As always, we maintain a long-term focus, while remaining attuned to short-term events and their effects on risk and returns. Historically, staying invested in the market has resulted in growth regardless of which party is in power. In other words, it is time in the market that has paid off, not timing the market. 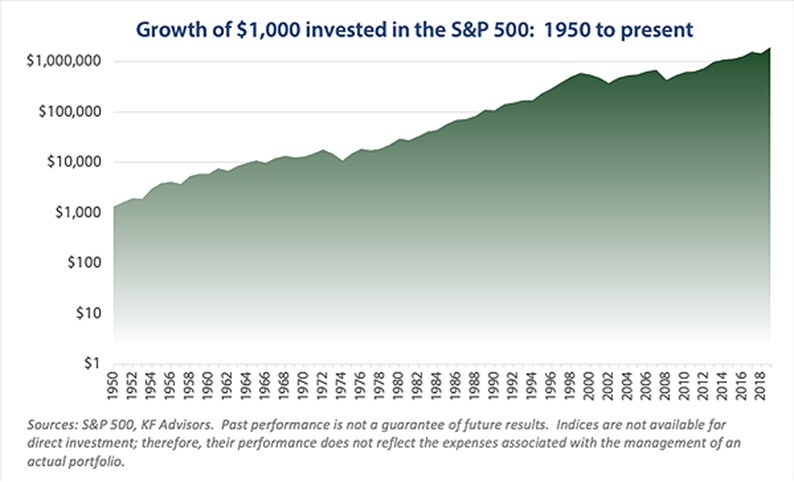 We will, as always, keep a close eye on developments and keep you informed on our perspectives. This continues to be a difficult time for many, and we hope you will turn to us for any assistance you may need.
SHARE
Share on Twitter Share on Linkedin
Previous
Next